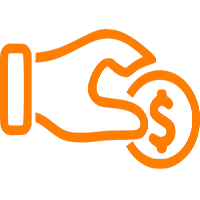 St. Kitts & Nevis (The Federation) has been independent since 1983 and forms part of Lesser Antilles, a group of islands located 2,000 km to the southeast of Miami.

The official and business language

The Federation is a member of the United Nations, the British Commonwealth, the Organization of American States and various other international organizations.The Head of State is the Queen of England and the Federation has a well-functioning democracy based on the British parliamentary system. Holders of the Federation’s passport are allowed visa-free access to the United Kingdom and over 120 countries and territories.